What are federal crimes?

A felony is defined by our federal government as any crime that is either punishable by either death or by imprisonment for one year or longer. Any crime with a prison sentence of less than a year is considered a misdemeanor.

What does the US Attorneys Office do?

This office is the primary prosecutor for our country in criminal cases. They also represent the United States as either the defendant or the plaintiff in civil cases, depending on the type of case that is brought to trial.

What do criminal defense attorneys do?

A top criminal defense lawyer like Mark Bennett in Houston, TX is hired to represent their clients in a court of law. Many of their clients are often facing misdemeanor or felony charges. The lawyer will usually work with the prosecuting attorney to determine a possible plea bargain for their client. Some of the other tasks that criminal defense attorneys are responsible for include examining the crime scene if applicable, interviewing witnesses, researching similar cases, gathering evidence, creating exhibits for use in trials and consulting expert witnesses when necessary. 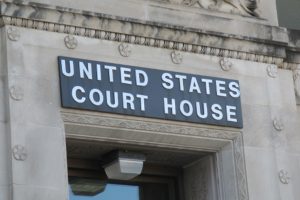 About 90% of all criminal defense cases never go to trial. This can happen for different reasons. Sometimes, the defendant decides to plead guilty and accept a lighter sentence or penalty. For many cases, a plea bargain is reached between both parties, so there is no need to go to trial. In some instances, the case is dismissed due to a lack of evidence.

There are hundreds of criminal cases that are tried in courts of law around the country ever year. Some of them are noteworthy because they have either affected changes to existing laws or because they have been featured in the national news headlines. Most cases, however, are ones that you’ve never heard of. Other cases you’ve probably heard of, but usually for the wrong reasons.

In Fairfield, Connecticut. would-be thieves Albert Bailey and an underage associate decided to take a courteous approach to bank robbing. They decided to call the bank ahead of time to let them know they were going to be robbed!

Albert informed the bank employee that he reached that he would be expecting a bag of $100,000.00 cash to be waiting for them. If not, he insinuated that “there would be a blood bath.” The bank employee who received the call calmly called the local authorities and started initiating lock down procedures immediately afterwards.

Soon enough, Albert’s teenage accomplice strolled into the bank and casually informed a teller that he was there to pick up their money. Albert was waiting nearby in a getaway car. The employee handed the accomplice the money, but forgot to inform him that there was a dye pack inside. Albert had specifically asked for a bag full of cash without dye packs, but it seems that instruction was forgotten somehow.

The police arrested the two attempted bank robbers in mere minutes, but not until after the dye pack exploded, leaving the aspiring criminals in a colorful, sticky mess in Albert’s getaway car. These two learned the hard way that banks don’t take kindly to being called and told they are going to be robbed!

Credit card theft is no laughing matter, except of course when the thief poses for a picture of themselves holding the stolen credit card! Mashana Harris was arrested in Ocala, Florida on multiple felony counts after having fraudulently used someone else’s credit card to ring up about $500 of purchases from a local gas station and beauty supply store. When ringing up the transaction at the beauty store, the clerk asked Harris for her ID. Harris replied that she didn’t have ID with her. However, she did allow the store clerk to take a photo of her holding the credit card, which was soon discovered to have been stolen.

The victim in this case reported the card as stolen not long before this incident. The senior citizen had lost the card at a nearby Wal-Mart and had called the police after seeing several fraudulent charges appear on her monthly credit card bill. Needless to say, she was overjoyed when she was informed that her credit card was found and the culprit had been apprehended. Harris was found to have a rather lengthy rap sheet, with prior convictions for resisting arrest and larceny. It’s probably safe to say that she will never again pose for a selfie with a stolen credit card ever again!

Identity theft cases have been on the rise in recent years. While most criminals take every precaution to ensure they don’t get caught, wisdom was apparently not one of this thief’s strong suits.

Brianna Priddy, an Applebee’s waitress in Colorado, had recently had her wallet stolen. She never expected to see her money, credit cards or identification cards ever again. That is, until the day a customer with a fake ID came in to her restaurant and started ordering drinks.

Sure enough, the ID the customer was using was Priddy’s! Brianna had known the thief was somewhere nearby, because her checkbook had also been stolen and she had noticed that someone had recently started writing bad checks all around town. When she received her ID from the customer, she was shocked. Brianna calmly told the customer to wait a minute, as she left her station to call the local authorities.

She returned to the table with the drink order, doing her best to keep a straight face as she waited for the police to arrive. The suspect was soon arrested on multiple counts of identity theft, criminal impersonation and narcotics possession. Unbelievably, she never noticed that the picture on the ID card belonged to her server. This is one rare instance of the victim of an identity theft case being in the right place at the right time.